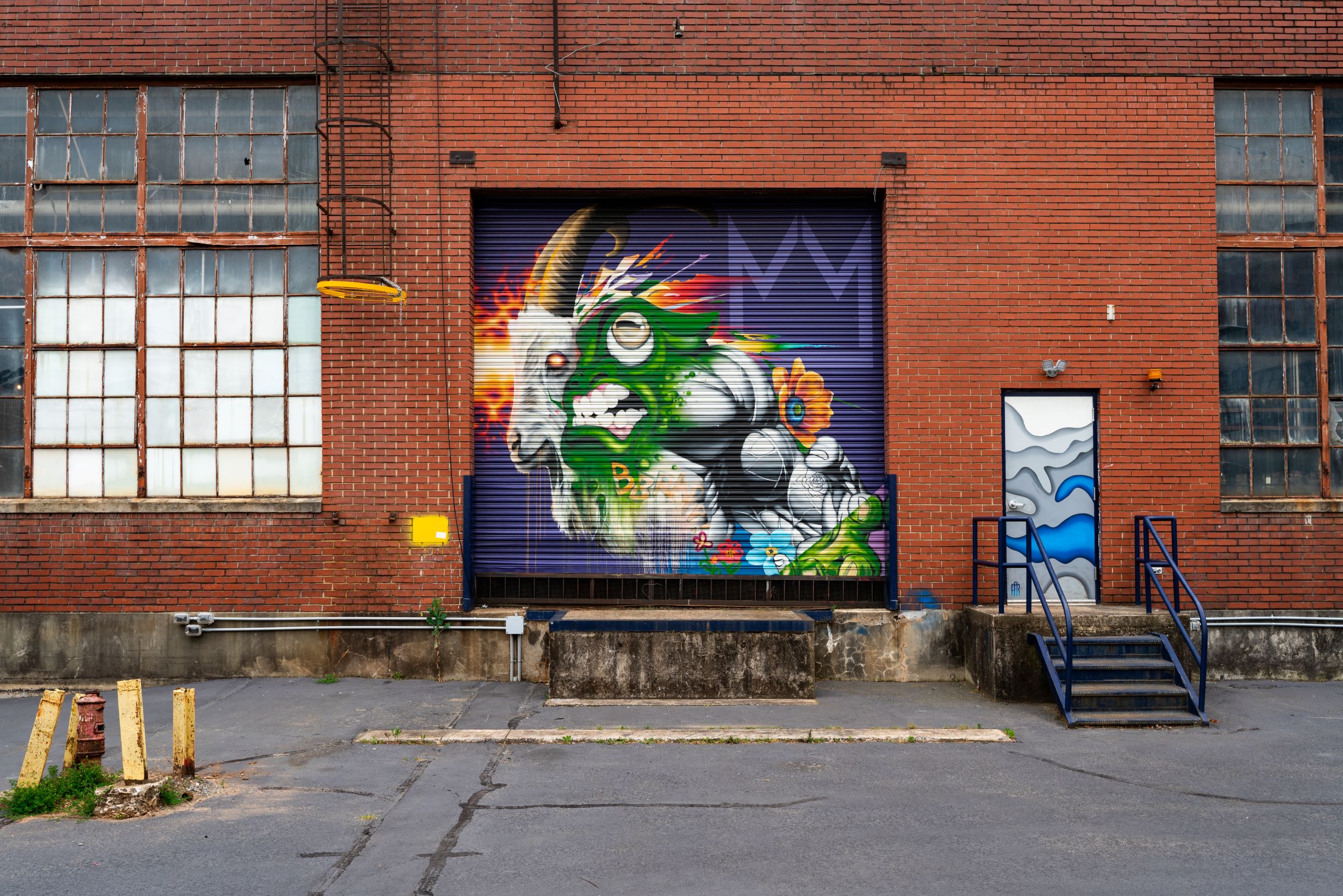 It began with a one-off live painting project for The Edison in Plaza Midwood several years ago. From there, an alliance between Matt Hooker and Matt Moore evolved into the city’s most prolific street art team yet. Often called “The Matts” in shorthand, the pair have found a citywide canvas in Charlotte.
The Gama Goat was a six-wheel, semi-amphibious vehicles primarily used during the Vietnam War and once manufactured at Camp North End. Today, a favorite building on the site is named for the transport. And inn a clever twist on the name Gama Goat, the Matts’ mural is an actual goat being bombarded with gamma rays, a la the Incredible Hulk. The possibility of that loose word association was too tempting for the artists to pass up.
When documenting the project, Matt Moore said that the garage door was one of their most difficult projects yet, as the surface had deep grooves. That comic book influence is also felt in the accompanying sound effect and rippling muscles for the #GamaGoat.