Sometimes bad is good: Get to know the face behind Camp North End’s Beyond Amazing Donuts

Sometimes bad is good: Get to know the face behind Camp North End’s Beyond Amazing Donuts BY DEANNA TAYLOR UPDATED MAY 06, 2022 7:34 AM   Yes, sometimes bad can be good, and in this case it’s amazing. Thomasville, North Carolina, native Jasmine Macon is the face of Camp North End’s soon-to-be B.A.D. — an acronym for the upcoming Beyond

Sometimes bad is good: Get to know the face behind Camp North End’s Beyond Amazing Donuts

Yes, sometimes bad can be good, and in this case it’s amazing. Thomasville, North Carolina, native Jasmine Macon is the face of Camp North End’s soon-to-be B.A.D. — an acronym for the upcoming Beyond Amazing Donuts. The concept is a dream realized for the Johnson & Wales Charlotte graduate, who sees the business as a community effort for all those who have supported her Saturday doughnut pop-ups over the last year at Hex Coffee.

“It’s taken everyone for me to get here, so I want you all to know and feel like you’re a part of this, too,” Macon told CharlotteFive. From the first time she made a doughnut, Macon — who also goes by Confections of a Martian, an ode to a nickname she picked up in high school — knew this was exactly where she wanted to be as a pastry chef. But it took several years of trial and error to realize this.

LOVE FOR DOUGHNUTS BORN OUT OF ALWAYS BEING HUNGRY Most chefs credit their love for the kitchen to watching a relative or mentor show them the ropes. But for Macon, her love came from a need to simply feed herself as a growing, hungry child. “Both of my parents were in the military. While my mom was stationed in South Korea, I lived with my grandmother. While she certainly kept us well-fed, I was still always just a hungry child. So she told me, ‘If you are that hungry, you better get in the kitchen and learn to cook for yourself.’” 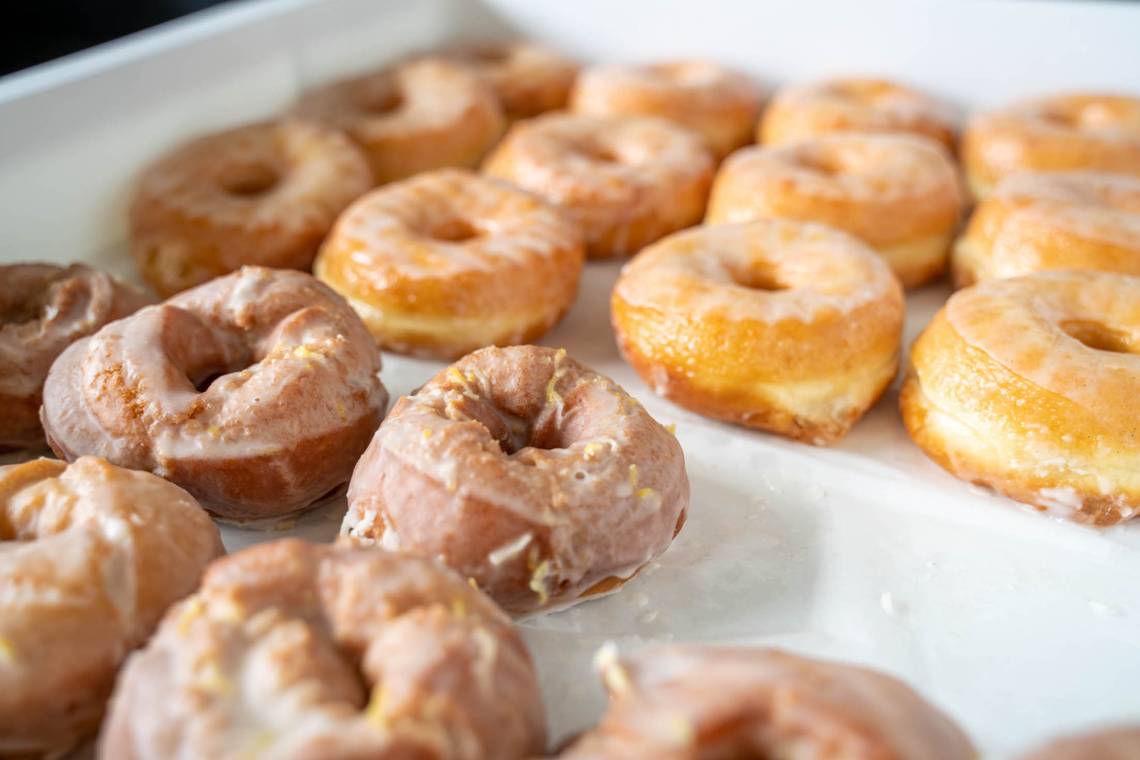 From instant mashed potatoes to box cakes, Macon slowly got the hang of cooking and baking. And it eventually evolved into a love.

After speaking to a Johnson & Wales graduate during her high school home economics class, she knew that she wanted to pursue the industry further. 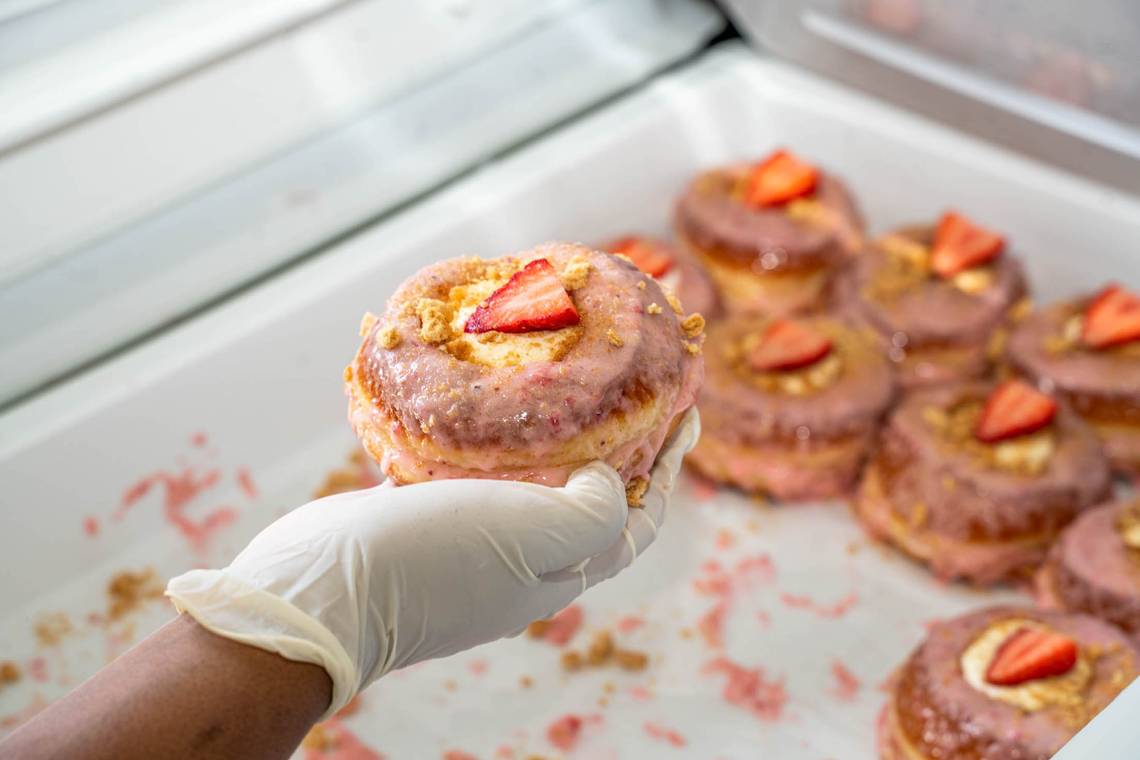 “I had never visited Charlotte until I went for an open house at JWU during my senior year of high school,” she said. “All that time, and I only lived an hour away. But once I got here, I fell in love with the city. It felt like the safe choice.”

‘FROM THE MOMENT I STARTED MAKING DOUGHNUTS, I KNEW IT WAS WHAT I WANTED.’

After graduation, she knew she didn’t want to go into a restaurant or a hotel, but rather sharpen her skills in a small business because of the work-life balance it could provide.

“I knew I had to start somewhere. I landed an internship with a chocolate boutique in Charlotte, because I just knew I would end up as a chocolatier. But after working my internship and later a job with Davidson Chocolate Co., I came to the realization that working with chocolate wasn’t for me.” 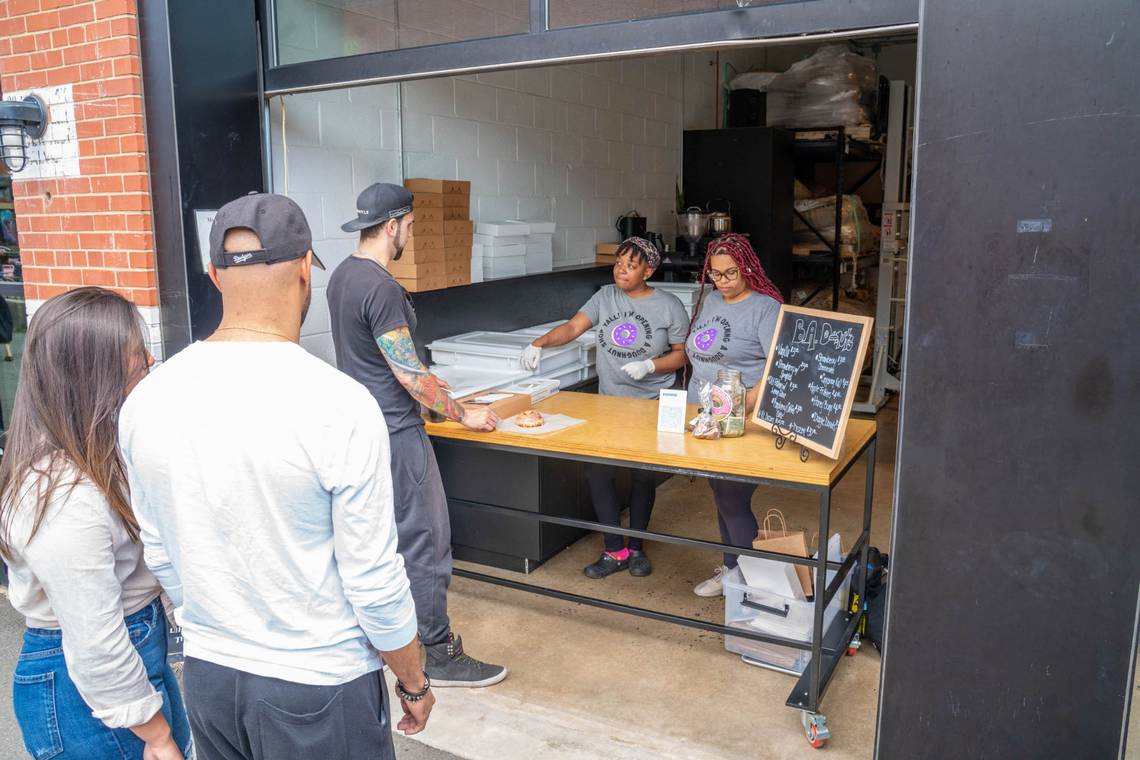 You can give Beyond Amazing Donuts a try during a pop-up at Hex Coffee in Camp North End. Alex Cason CharlotteFive

On a whim, Macon came across a posting for Charlotte’s first doughnut truck in 2016 — in an era where gourmet cupcakes reigned supreme. Although she only made doughnuts once while at JWU, she couldn’t pass up the opportunity. Watching YouTube videos to help sharpen her skills, Macon was hired by Sugar Donuts — and the rest is history.

“From the moment I started making doughnuts, I knew it was what I wanted. Every doughnut was a blank canvas for me to create on. And while I enjoyed learning the industry while working in small businesses, I ultimately knew I wanted to one day have my own shop.”

Now, nearly 6 years later and after getting her shot with chef Greg Collier to become the pastry chef for Leah & Louise, she will soon get her wish.

“It’s all so crazy because I reached out to him after my close friends, chefs Oscar Johnson and Daryl Cooper of Jimmy Pearl’s, pushed me to contact him. I’m so thankful they did that.”

During her time at Leah & Louise, she always let Collier know that doughnuts were her love. While the menu didn’t always call for them, she jumped at the opportunity to make them when she could. “Every time we did a pastry box for Leah & Louise, I made sure to add in doughnuts.” 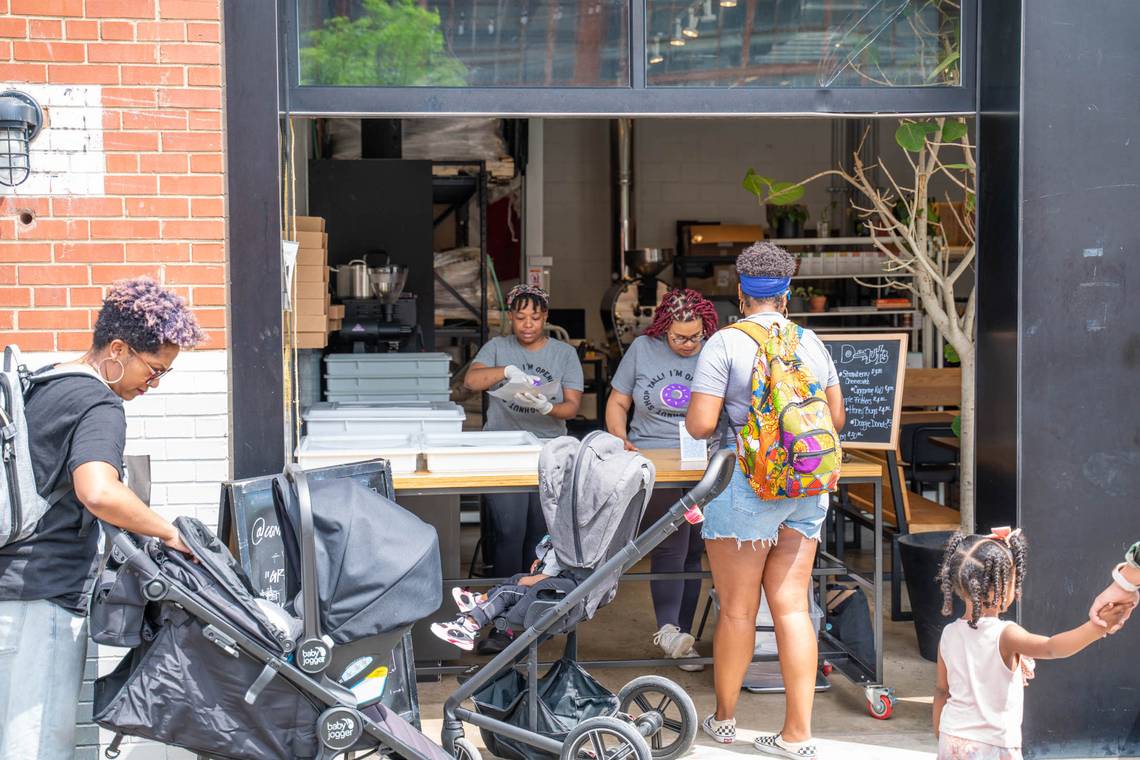