Meet the Couple Changing Charlotte’s Dining Scene Subrina and Greg Collier have transformed the local dining scene and manifested a vision that uplifts Black chefs beyond the city limits. By Keia Mastrianni January 21, 2022 Subrina and Greg Collier move as a unit—always have. About a decade of business partnership, marriage, triumph, loss, and trial and error has created something in

Subrina and Greg Collier have transformed the local dining scene and manifested a vision that uplifts Black chefs beyond the city limits.
By Keia Mastrianni January 21, 2022 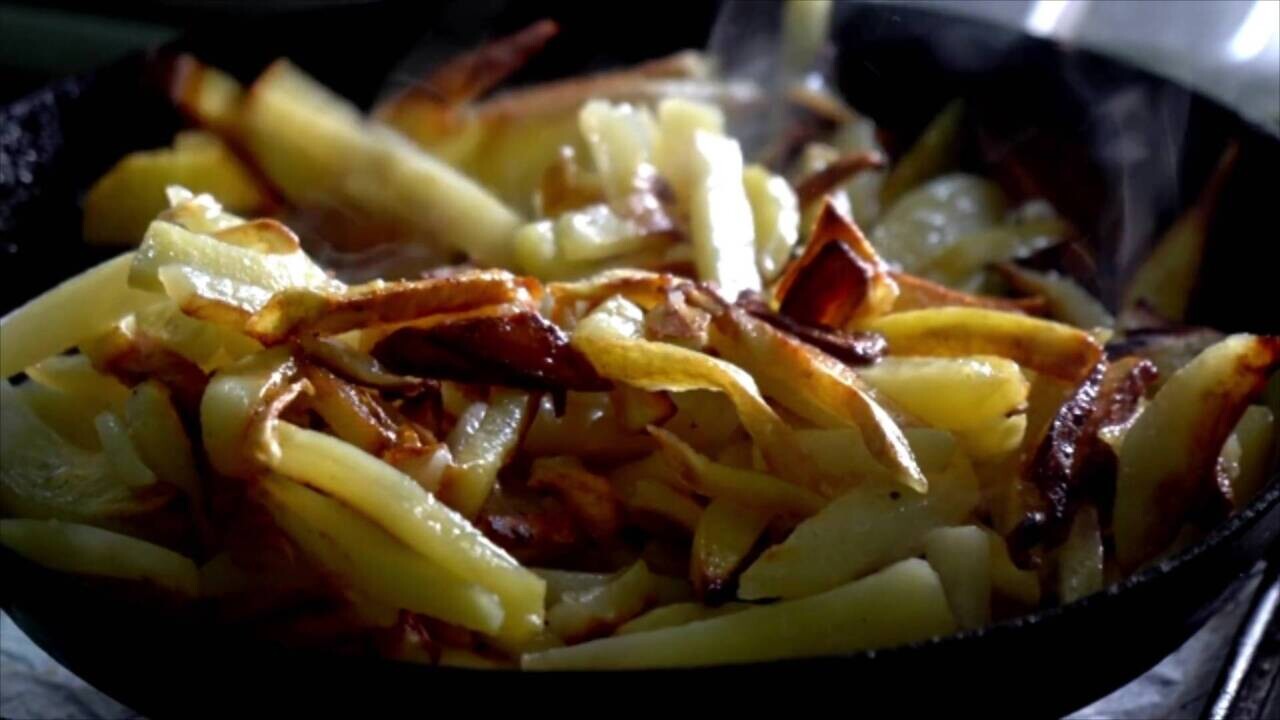 Subrina and Greg Collier move as a unit—always have. About a decade of business partnership, marriage, triumph, loss, and trial and error has created something in them that resembles a well-tended garden that’s free of weeds and has plenty of space to grow. They are companion plants thriving next to one another and seeding the next generation.

The first thing most people notice about them is that they are unapologetically themselves. The unmistakable Memphis-laced cadence that flows from their mouths remains even as they have made the Carolinas their home for the last decade. It’s hard to imagine that when they moved to Rock Hill, South Carolina, in 2012 to open The Yolk (a rollicking breakfast joint located in a tiny strip mall), they had barely been married two years and didn’t know a soul there. The Colliers reinvented their success by relocating the restaurant to nearby Charlotte as Uptown Yolk, and they quickly became a fixture in the area’s culinary scene. (Uptown Yolk closed during the pandemic and will reopen in 2022 in a new spot.) “The goal was to go to a place where I could help create a hospitality culture—one that I wanted to be a part of, where I could be a leader,” explains Greg, who has done just that.

Their lauded Charlotte restaurant, Leah & Louise, named after Greg’s late sister and grandmother respectively, opened in 2020. The “modern juke joint” pays homage to the South and the ingredients that make up the Black culinary canon through dishes such as the Mud Island (blackened catfish served with smoked catfish stew, pickled field peas, and rice grits).

At Leah & Louise, the Colliers have cultivated a place that celebrates Black culture and their place in it. They also mentor young talent like Courtney Evans, the 22-year-old co-head chef who joined the opening team. “They are beacons,” says Evans, who had never worked in a Black-owned restaurant before Leah & Louise, much less a kitchen with Black women at the center. “That connection was beyond words.” As one of the six founding members of Soul Food Sessions, a 2016 pop-up series that highlighted the talents of Black chefs, Greg embraced the notion that representation matters. “It was the first time I personally accepted becoming a representative for something bigger than me and Subrina,” he says. In 2018, the vision grew and Soul Food Sessions hit the road, eventually landing at the James Beard House in 2019. Subrina worked front of house while Greg and chefs Michael Bowling, Jamie Barnes, Greg Williams, and Jamie Turner along with mixologist Justin Hazelton brought a taste of the South to New York City. Greg’s dish, hoecakes with catfish rillettes, showed how he cooks and what he loves without the confines of the soul food stereotype.

“Creating our space and bringing it to the James Beard House was huge,” says Subrina, who soon began embracing other opportunities like the James Beard Women’s Entrepreneurial Leadership program, which inspired her to continue using her voice to shape the environment she wanted to see.

In a 2019 interview with writer Korsha Wilson on her podcast, A Hungry Society, Greg noted, “The fine-dining industry is built so that it continues to make the people it’s built for comfortable. I almost have to look away from who I am to enjoy it.” That realization paired with the momentum they’d fueled in the hospitality industry pushed Greg and Subrina to set their sights even higher.

By this time in their careers, a slew of appearances at food festivals had emboldened Subrina to act on a new vision. “The older I became in this industry, the more I understood that everybody has a space,” she says. “So I created one that everybody can participate in, but it’s rooted in Black foodways.”

In October 2021, after they’d spent a tough but successful inaugural year operating Leah & Louise during the pandemic, the first BayHaven Food & Wine Festival descended upon the Queen City for a weekend honoring Black culinary experts. People came from all over the country to participate and attend cooking and cocktail demos, tasting tents, and ticketed dinners. Throughout the three-day event—themed after the Harlem Renaissance, a period of time when African American culture flourished—the mood was celebratory, joyful, and sophisticated. At the Harlem Nights Dinner, red lighting illuminated a roomful of partygoers decked out in pearls, fascinators, and frills. They ate, drank, and danced through the eight courses.

Chef Keith Rhodes of Catch Restaurant in Wilmington, North Carolina, was a participant at BayHaven, and he called the experience mind-blowing. “Greg and Subrina have always been passionate about the culture. It’s been deeply important to them to be able to reflect the contributions of Black food and hospitality and to do it in a way that says, ‘This is who we are, and this is where we are from.’ There’s much respect for that idea, but even more for making it all manifest.”

The Colliers bring to mind a phrase coined by writer and South Carolina native Vertamae Smart-Grosvenor in the introduction to her 1970 book, Vibration Cooking. She wrote: “Do your thing your way.” And that’s the Colliers in a nutshell: doing their own thing and planting seeds along the way. The Arthur Lou Tart is a prime example of the Colliers’ celebratory, reverent spirit. Click here to read more about the recipe and to make it yourself