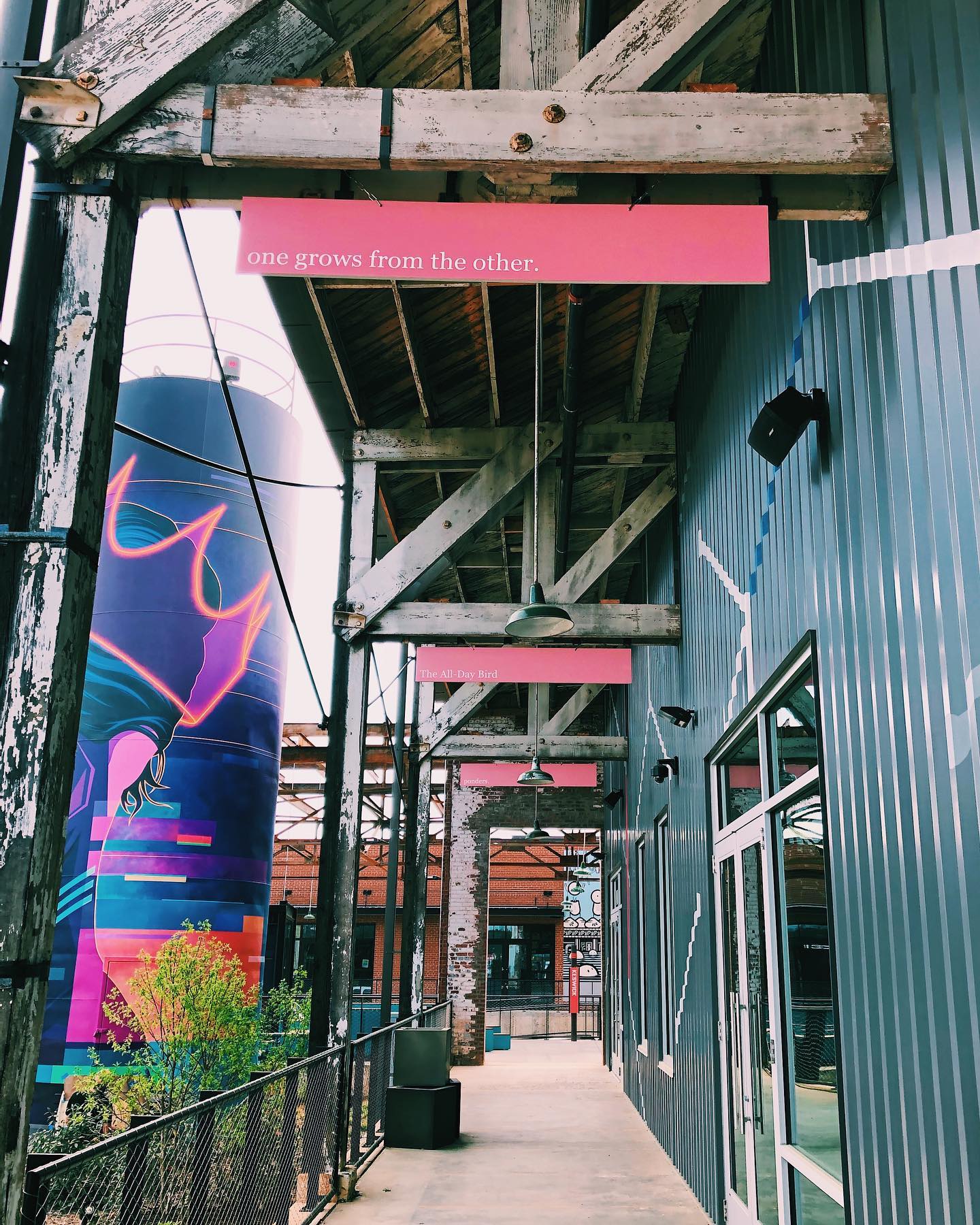 The ongoing Wall Poems project, founded in 2013, inhabits public spaces around the region. Camp North End’s is located in the Keswick district, wrapped around 500-plus feet of a structure’s exterior. For this Wall Poem, co-founder Amy Bagwell worked with fellow Goodyear Arts Collective artists Blaine Hurdle and Holly Keogh. This project is unique to the Wall Poem series in a few ways—one being that there are actually two poems related on the walkway’s hanging signs. Which one you’re reading just depends on the direction you’re walking.

A. Van Jordan’s “The Flash Reverses Time” and Denise Levertov’s “Claritas” are the two selections. “The two poems are by writers with (North Carolina) connections,” Bagwell says, “Denise Levertov with her ties to Black Mountain College and the Black Mountain Poets, and A. Van Jordan as a graduate and faculty member of the MFA Program at Warren Wilson College. The poems are beautiful and transporting; they deal with eternal, important intangibles; and they stand in marked stylistic contrast to one another. All of these were important considerations.”

Bagwell adds that Levertov passed away in 1997, “but Jordan blessed the inclusion of his poem in this installation.”

Another novel aspect of this Wall Poem is its site-specific nature (and challenges). “The boards on chains are meant as homage to white wooden signs on chains that were original to parts of CNE,” Bagwell says. “But the strange, swirling movement of the wind just on the Graham Street side of the building took us by surprise. We put up the first three finished boards, and they shortly began to ‘dance’ pretty wildly. We had to take them down and find a way to stabilize each in the center without losing the aesthetic of the hanging boards; the solution had to be strong, flexible, and small enough in diameter to screw into the boards without damaging their integrity. We owe (Lead Placemaker) Alex Smith a huge debt of thanks for his help in finding the answer.”