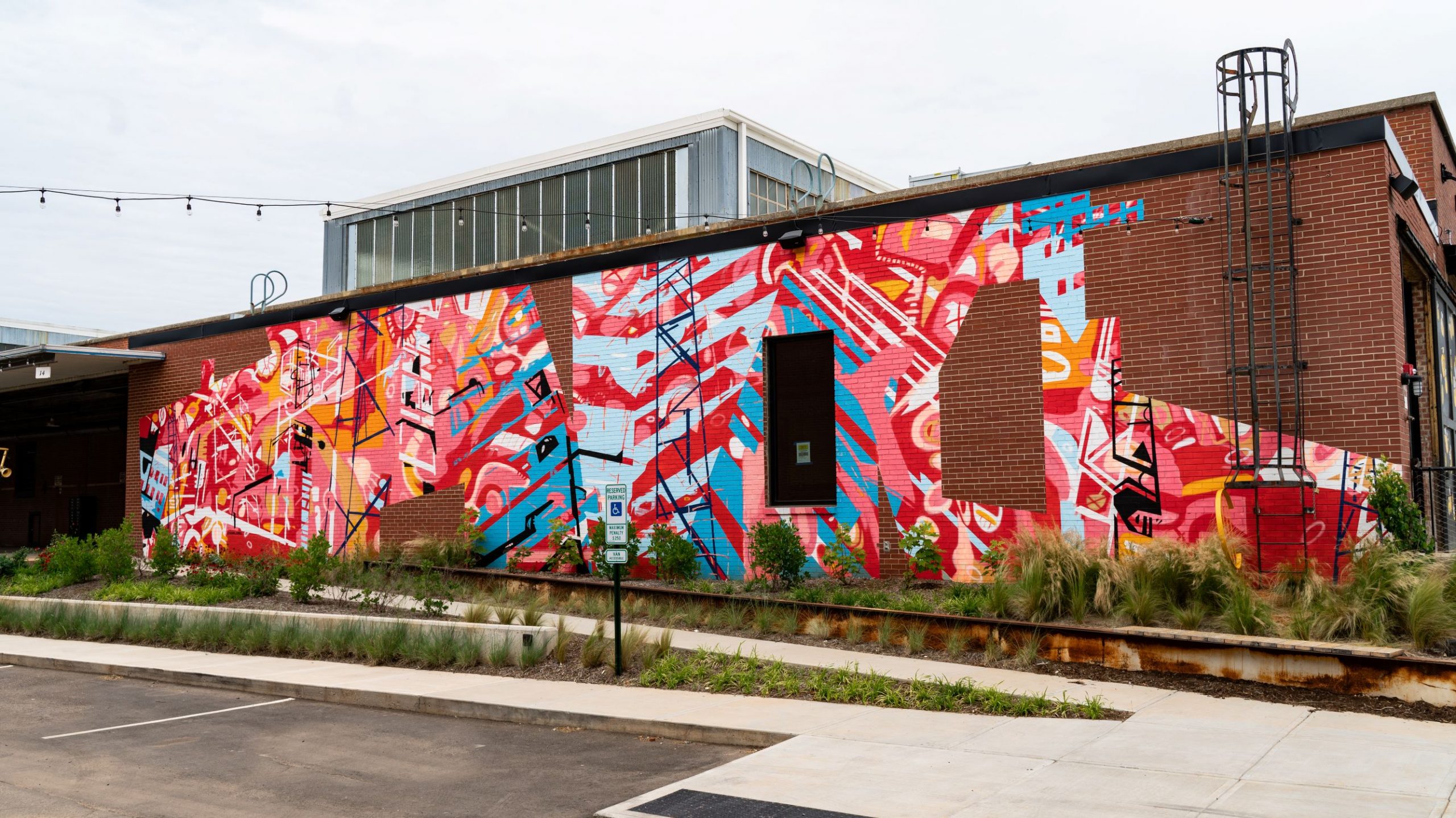 Dowell, a much-revered figure in the Charlotte arts scene since arriving in 2000, is no stranger to public art. The Houston native has an ongoing relationship with the city’s transportation system, crafting major works for an I-277 underpass mural, the 25th Street lightrail stop, and other transit hotspots. For this specific mural, she allowed the industrial backdrop and history of Camp North End to play a role.
“This project is really about capturing the energy of place,” she said of her End-to-End mural, one of the four biggest created on-site. “It’s about capturing the energy of Camp North End, and Charlotte, through vibrant color and architecture. I was thinking about all of the businesses that are here and will be here in the future. I wanted to capture the feeling of creativity.” Here, the artist says she was given more freedom than usual in creating a public mural, referring to Camp North End as a “dream client.” By the time the festival had arrived, she had already spent three weeks on the project. Given her free rein here, she was able to take her time and improvise in a way uncommon to this mode. “I’m actually getting to treat it like a painting, but on a giant wall,” she said, with a laugh.