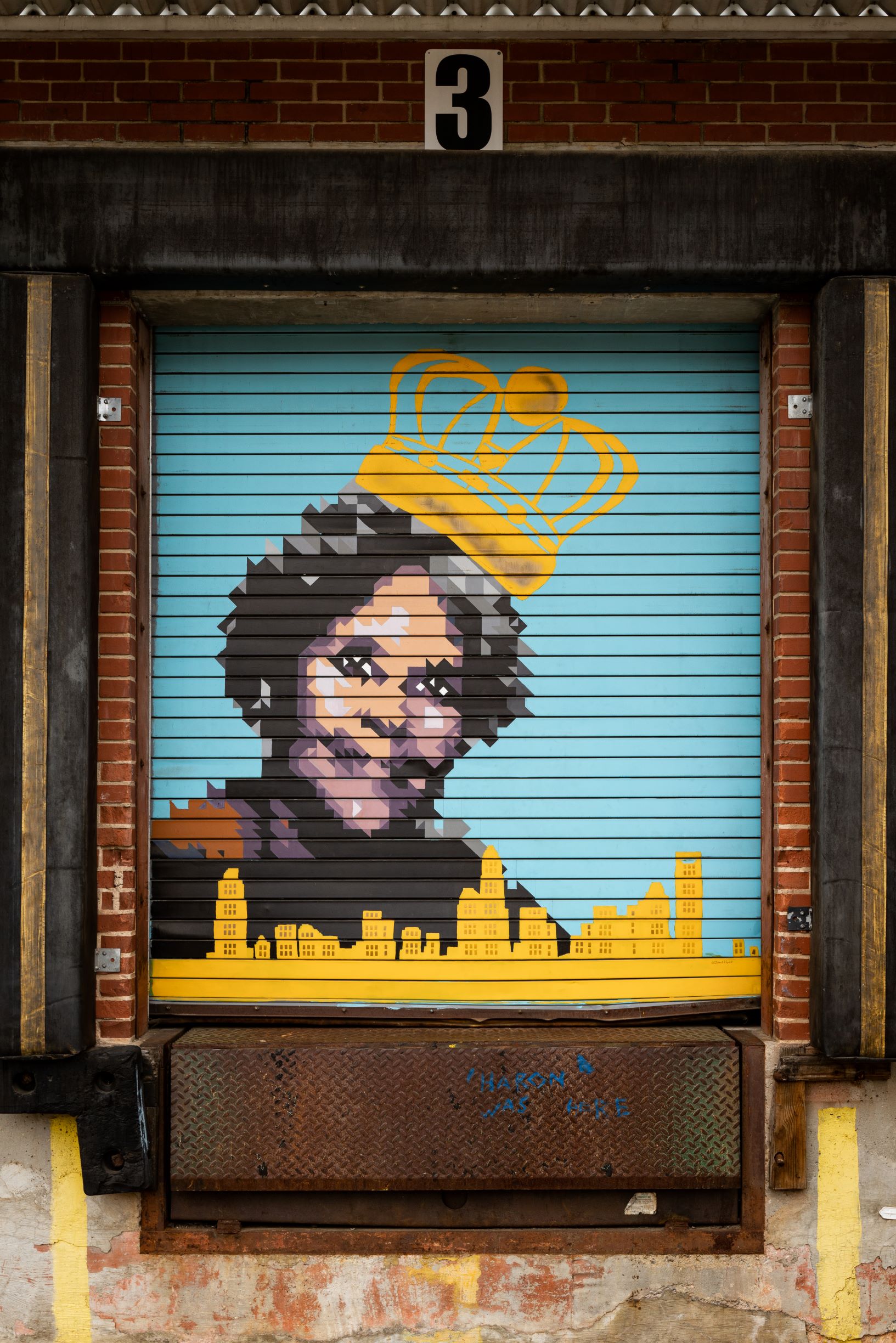 Artist Ryan Williams says that he chose to depict a version of Queen Charlotte that reflected his “own personal queen”: his grandmother. He worked with cousin Rebecca Lowery to craft a portrait of their family’s matriarch. Their Queen Charlotte is also supposed to represent “an older, wiser, much more understanding Charlotte, an idea that stands in contrast to the all to common perception of a younger, growing, naive Charlotte,” he says.
Williams crafted the figurative aspect of the piece, while Lowry painting the skyline and crown. Yet, other family members played a role, too, filling in individual triangles as they passed through to get a look at the progress. “It was important to me to involve the members of my family as we have a lot of ties to this space,” Williams says. “We’ve lived in the neighborhood and surrounding area for three generations. My grandmother worked here when it was a munitions plant, my dad worked here when they were building the Gama Goats, and my aunt, Rebecca’s grandmother, worked here while it was a Rite Aid warehouse. So as the space and neighborhood changes it means a lot to be able to leave our mark on a space with so much history—in essence to become a part of that history.”