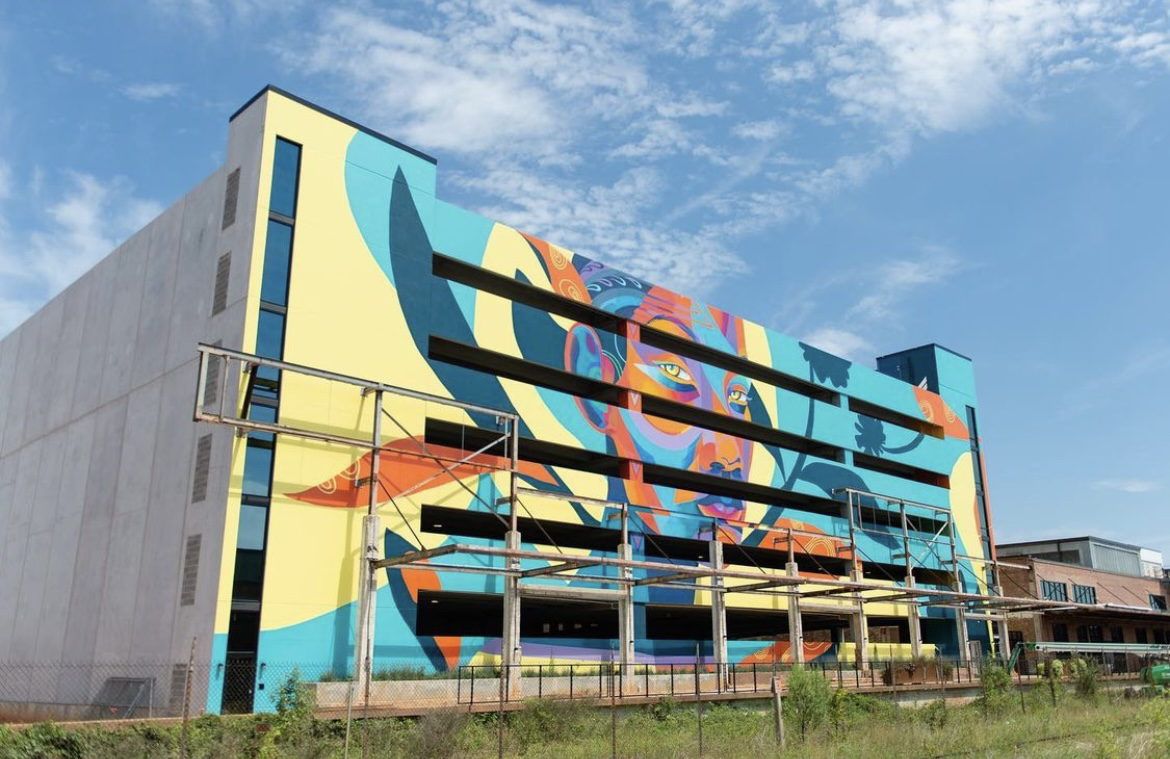 At Camp North End, a parking structure isn’t just a parking structure. It’s a six-level, wraparound canvas for two of the Southeast’s premier muralists: Charlotte’s Georgie Nakima and Atlanta’s Neka King. The two were tapped to transform this massive edifice set to open in the winter of 2022.

Having never collaborated, the pair kickstarted the project digitally to map a design that blended their sensibilities. Just one example of many: The framing of the primary figure’s face uses one of King’s trademark visual motifs, yet is rendered in Nakima’s style. Once the digital draft was done, “we allowed ourselves to be more spontaneous as we got on-site,” King adds. “This meant being open to allowing new design opportunities to present themselves as we started working on the actual structure.”

The artists were also united in inspiration. A quote from community leader Darryl Gaston, the longtime head of the Druid Hills Neighborhood Association, served as the project’s theme: “You are visible, you are valuable, and you are vital.” The figure staring back at the viewer embodies this concept, with the abstracted foliage inviting one to consider what’s personally “valuable” and “vital.”

That’s an intimate charge for such an enormous undertaking. For King, the biggest challenge of the project was found in the nature of the building itself: “Aside from scale,” she says, “the challenge of working on this structure was just that it’s a ‘structure.’ It teaches you to really prioritize your day as you have to puzzle-piece which sections to start and end with. Also, some of those nooks and crannies are tricky to get at.”

The end result turned a nondescript construction into a vibrant landmark—one that itself is quite visible, valuable, and vital to the site.