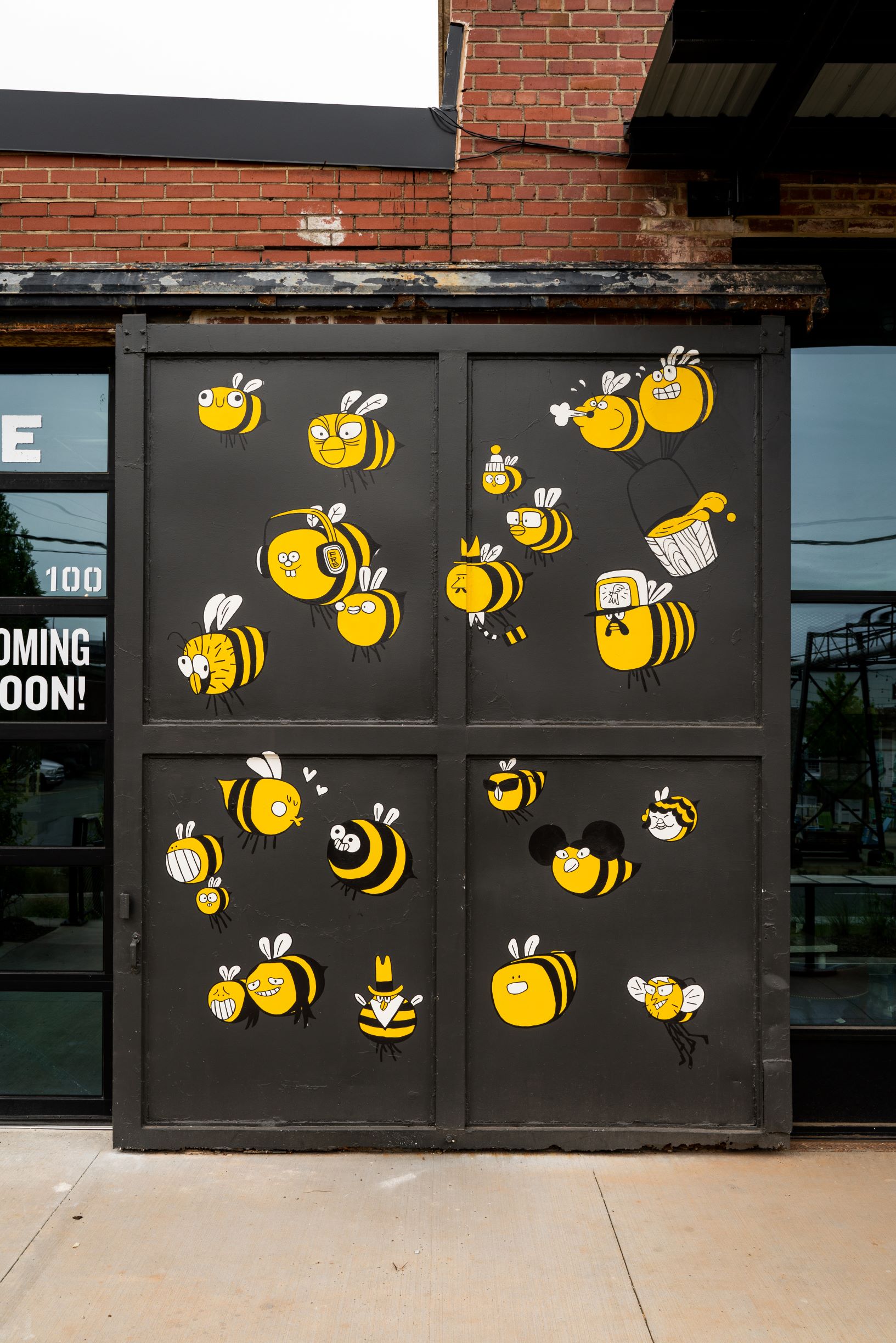 “Bonkers” is the word cartoonist and illustrator Dustin Harbin uses to describe the scale of his work at Free Range Brewing’s Camp North End location. He doesn’t typically work this big; in fact, he rarely works larger than 5 inches by 7 inches. The brewery’s buzzing exterior art started with a design even smaller than that, so “working out bigger linework was a weird challenge,” Harbin says. “Fortunately, the designs are so stupid and silly that it would be hard to screw them up with the scale change. Once I had the line art figured out, everything else was just painting by numbers more or less, which is fun.”

FRB co-owner Sarah Alexander assisted Harbin with pre-paint prep and filling in the insects’ bodies. Harbin’s actually been working with Alexander and the team for years on wall art at its other location, label design, and other branding. You’ve likely seen his work on popular cans from the brewery, like Susie, The Queen Bee, and Jenny Bought A Farm.

The idea to include bees at the CNE location started with “a series of small silly beer paintings” from one of Harbin’s shows. “While bees weren’t yet really identified with Free Range, Jason Alexander is an amateur beekeeper, and bees are a very forage-y community based animal,” Harbin says, “which is very much in line with Free Range’s ethos of local farming and ingredients.”