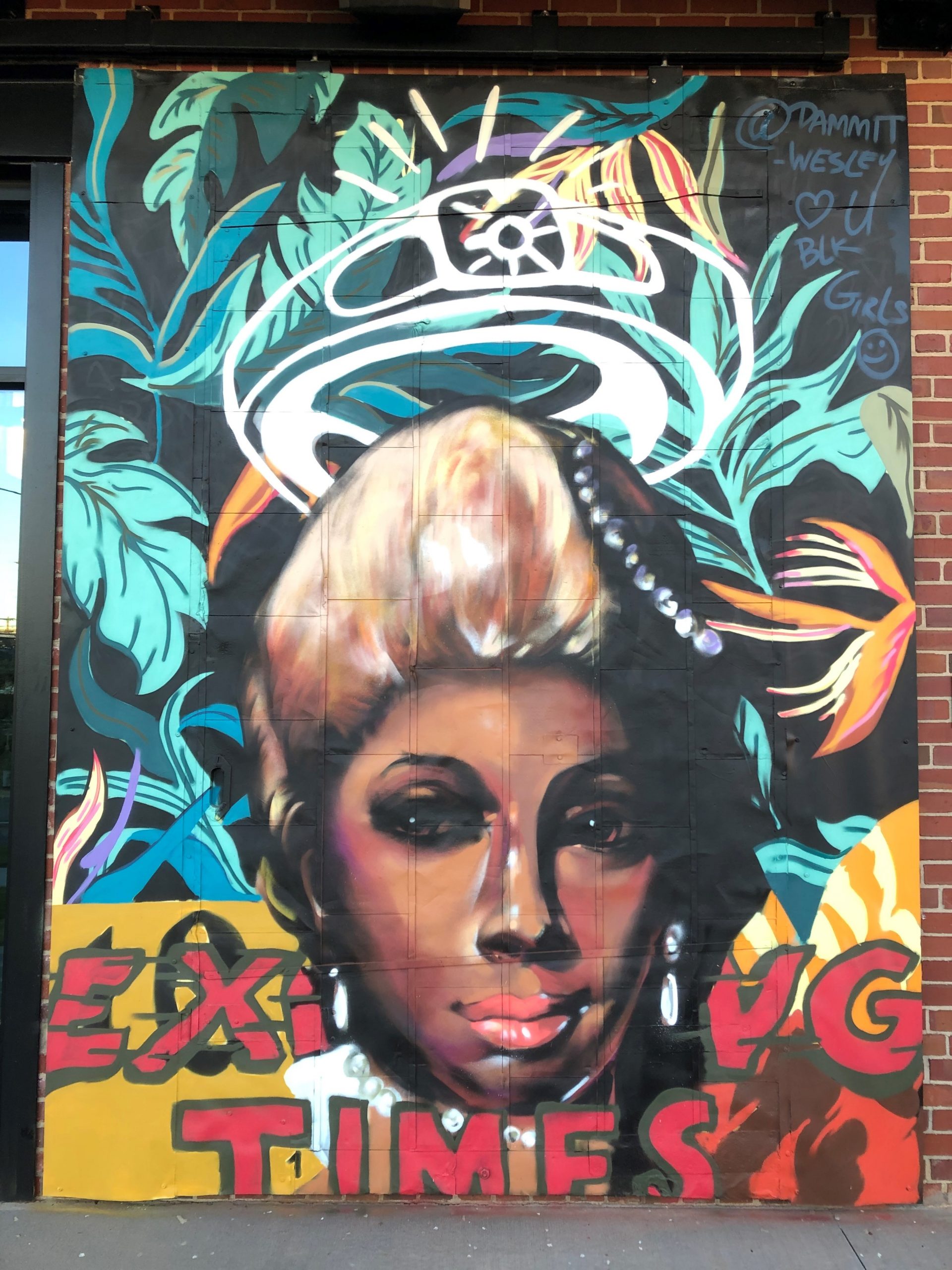 Dammit Wesley’s “Strange Fruit” murals appear across the Charlotte area, and as of this writing, his piece near MacFly Fresh Printing Co. and Pine Gate Renewables is the latest in the series. The artist mixes and remixes imagery derived from vintage pop culture, historical portraiture, and racially charged iconography. Much of this series, in particular, shows us how many of those past struggles and conversations have never ended, even if they take on new appearances.

Because of that cycle, many of his reflections on white supremacy and social justice can feel prescient. Around the time of painting this mural, themes from his work once again made the news: “Whether it’s COVID or the siege at the Capitol, we haven’t had the humanity to mind each other’s well-being—even right now,” he says, noting that this has been one through-line in his practice. “We don’t have to abide by the rules, and it’s always been like that for some. So when people are surprised when something happens, I don’t get why.”

In this mural, Dammit Wesley presents a portrait of Queen Charlotte that reflects many historians’ assertion that she had African ancestry. It shows yet another charge of his work: to correct the record, just as so many of his subjects come to light again.